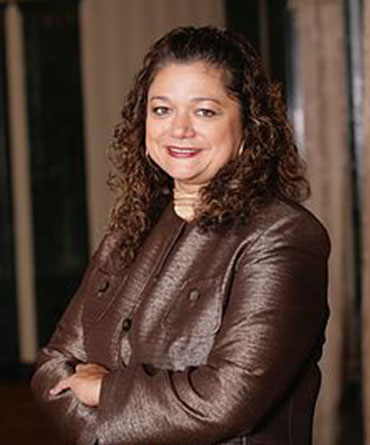 A veteran with over 30 years of experience, Alma Crossley was appointed Director for Corporate Diversity at General Motors on January 1, 2011. Crossley’s primary responsibility is to favorably position GM as the company of choice for its products and services among diverse communities by promoting, supporting, and leveraging diversity within and outside of General Motors. In her position, Crossley works to establish relationships with key advocacy groups and consult across various GM functions to achieve diversity business goals. Crossley currently serves on various non-profit advisory boards including, LULAC (League of Latin American Citizens), UNIDOS US (formerly NCLR), CNC Nurturing Hispanic Communities, and previously on HACU (Hispanic Association of Colleges and Universities), HWC (Hispanic Women’s Corporation), and Winning Futures in Detroit. Crossley earned her undergraduate degree from GMI in 1990 and received her MBA from the University of Phoenix in 1997. Crossley is proud of her heritage and is excited to be in a position that leverages her broad experience and diverse background. In 2011, Hispanic Business selected Crossley as one of the “100 Most Influential Hispanics”, and in 2012 she was designated “Latina Trailblazer” by Latino Justice. In 2015, Crossley earned “The Rare Everyday Hero Award” from Winning Futures, and the Santiago Rodriguez Diversity Award from the Great Minds in STEM organization. Most recently, Crossley was awarded the “Adelita” Award from MANA Detroit in 2016.

The Michigan Hispanic Collaborative (or MiHC) is a nonprofit corporation exempt under IRS Code Section 501(c)(3). Please feel free to contact the MiHC with any questions or concerns.